The bulk carrier Tokyo Bulker passing the Golden Gate Bridge on its way from San Francisco to Lanshan, China

After the Baltic Dry Index (BDI) hit a historic low of 290 points in early February this year, creating a sentiment of pessimism across the industry, the bulk carrier sector began to make its climb toward recovery. The year began positively, with the BDI standing at 473, and then the bottom fell out on February 10. For the capesize sector, things continued to fall to the darkest depths – the nadir being on March 17. By November 18, BDI not only recovered to much healthier levels, but it spiked to 1,257 points. Since then, it has come down to 1,090 points, 13% below where it stood in October. The recovery can be observed in capesize rates which were $1,994 per day in late March, rising to $19,364 per day on November 18. The latest jump was short-lived. Over the last three weeks, we have seen the price fall to below $9,000 per day.
END_OF_DOCUMENT_TOKEN_TO_BE_REPLACED

Capesize Market Getting Some Encouragement – but how long-lived can it be?

The Capesize Market report from the week ending September 16, 2016 shows rates improving, but no one quite seems to know why, and there is even less certainty about how long it can last. In fact, experts can’t even say why the market fell to such disastrous lows earlier this year in the first place. Therefore, while the improvement in rates is very welcome, it is also met with a great deal of very cautious optimism.

The August fleet statistics report did not give cause for celebration, with cape deliveries standing at only seven, but looking ahead we see that there are still 84 deliveries scheduled for the remainder of 2016. Calendar year 2017 looks better, with 48 scheduled deliveries and 2018 with 24, but these numbers are more sanguine than reality since the 2018/19 deliveries have a healthy dose of 400,000MT Valemaxes being delivered. END_OF_DOCUMENT_TOKEN_TO_BE_REPLACED 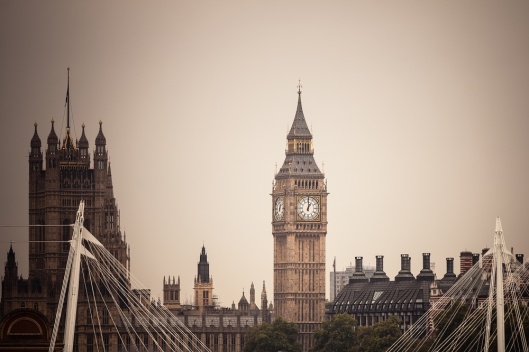 All Eyes on Brexit, but Has This Caused Inertia in the Markets?

The impending exit of Britain from the EU in 2019, has so absorbed the minds of the international financial community. Prior to the vote, there were many doomsday predictions, none of which have materialized to date. For instance, before the vote it was predicted that the equity and bond markets would collapse if Britain were to leave. However, post-Brexit, the global bond and equity markets are doing very well. And Britain has not become ostracized, as evidenced by GlaxoSmithKline’s announcement that it intends to invest £275 million to bring up production capacity at three of its manufacturing sites in the UK. Wells Fargo announced that it will make an investment of £300 million to construct a European Headquarters in London. END_OF_DOCUMENT_TOKEN_TO_BE_REPLACED

Industry analysts and shipping companies are continuing to look for hard signs of a permanent recovery in the dry bulk shipping market. However, a complex weave of influences across the globe is keeping the picture rather murky.

On the one hand, the Baltic Dry Index (BDI) finished last week at 745, more than twice the value it stood at in February, when it hit a record low. But do remember that this increase is off a horrendous all-time low point. Therefore, the increase is still anemic and nothing to be excited about. If anything, the record lows were so low as to be unsustainable. And at the same time China, which has traditionally been the driver of a healthy dry bulk market, continues to experience a slowing economy, primarily due to a pullback from private sector investors. By May of this year, the growth in private sector investments had fallen to 1% year-on-year. Analysts point to a number of factors, and regardless which you believe, it is undeniable that many Investors are sitting it out for now, holding onto their cash and waiting to see what happens. END_OF_DOCUMENT_TOKEN_TO_BE_REPLACED

Big news hit the headlines this week with the announcement of the mega merger between Chinese steelmakers WISCO and Baosteel. Once merged, the two firms will become the second largest steel company in the world, causing some to fear that there will be a negative impact on iron ore demand due to a reduction in producers. But industry experts seek to assuage those concerns, pointing out that the last producers still left standing, following mergers and acquisitions, tend to be more strategically located along the coast, with easy access to global iron ore imports, which are of better quality and lower prices than domestic product. For example, high-quality Tangshan 66% ore, produced domestically, is selling for $81/ton, whereas 62% imported ore, though slightly lower in quality, is selling for $53/ton. This is an important fact for Chinese steel makers, who need to make the best use of all their operating cash. END_OF_DOCUMENT_TOKEN_TO_BE_REPLACED

“Markets are constantly in a state of uncertainty and flux, and money is made by discounting the obvious and betting on the unexpected.” (George Soros)

This may be the best piece of advice we can cling to these days, as any effort to predict and benefit from market performance is going to take a great deal of patience and daring. Across the spectrum, from raw materials to real estate, we see a shifting landscape of improvement and decline, rises and collapses.

Let’s begin with oil prices. Brent hit a low of $27 per barrel in late January, and there were expectations of even lower prices to come. However, prices have bounced back: not to 2014’s peak levels of $115 per barrel, but this week they were hovering between $43 and $45. Some of this is due to an unwritten agreement between Russia and OPEC to freeze production at January levels, which were already much above normal. Even though Iran and Iraq are not joining the agreement, oil traders still see the market as having bottomed out and now on the way up, noting IEA’s forecast that surplus is diminishing and that US production has peaked. The consumption picture is also looking positive, with China and India leading the way. Sinopec predicts that Chinese crude oil imports will reach 7.5m-bpd by the end of this calendar year. India’s fuel consumption increased by approximately 11% over the previous fiscal year (March 2016) to 3.77m-bpd. Put all the statistics together and you can see why IEA is predicting Brent to average out at $45 for the remainder of this year and hit $80 by 2018. END_OF_DOCUMENT_TOKEN_TO_BE_REPLACED

The market continues its rollercoaster performance, leaving investors and their advisers dizzy from the predictions and actualities. A case in point is the performance of crude oil. When prices dropped to $27 per barrel, the conventional wisdom coalesced in pessimism and that this trend was heading only in one direction—downward. Combined with gloomy reports about faltering economies around the world, especially China’s slowdown and the abundance of crude oil on the market, it seemed to be the perfect time to invest in shorts, which many hedge fund managers did. However, in late January, crude oil prices rebounded, by as much as 52%, with prices leaping from $27 per barrel to $41. Hedge funds scrambled to cover their shorts. A slingshot effect ensued, pushing crude oil prices even higher. This scenario played out in other commodity markets as well, such as copper, iron ore and aluminum. Investors raced to catch up with the new momentum, only to find themselves facing falling prices once again guaranteeing that the only certainty is that nothing about the market these days is anywhere near certain. END_OF_DOCUMENT_TOKEN_TO_BE_REPLACED

to be meeting its target goals of deflating competition from other producers. Primarily concerned about what was a booming shale oil market, OPEC’s strategy has impacted all oil producers in a multitude of sectors. Success is giving OPEC the incentive to continue to squeeze producers working in the Caspian, Arctic and Brazilian waters, and shale oil is definitely showing the results in America, where it accounts for as much as 45% of total spending cuts. Large companies have announced significant reductions in capital spending and delays in new projects. Total, for instance, is delaying projects in Norway, Italy and Australia by two years, and over that period of time has projected a reduction in expenditure of $3 billion per year — in order to stabilize revenue and ensure dividends are paid. OPEC is willing to pay the price to see its strategy succeed, even if oil prices reach $20 per barrel.

END_OF_DOCUMENT_TOKEN_TO_BE_REPLACED

It is too soon to know for sure if we have turned the corner on the gloom period, but there are many interesting benchmarks from the first quarter of 2015 to give cause for a little optimism.

Let’s look at the American crude oil situation, for example. In spite of predictions of a weakening or flattening market, US crude oil output actually rose in May to a level not seen in 43 years. Output reached 9.6m b/d. End-user demands, such as from US refineries is pushing this surge, as is evidenced by the fact that more than 1m b/d of oil is being consumed than supplied from imports and domestic producers. These positive indicators have caused a slight uptick in the futures market, but it is yet to be borne out if this is warranted, as inventory remains flush.

END_OF_DOCUMENT_TOKEN_TO_BE_REPLACED 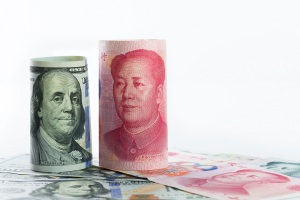 The BDI is improving, coming off its 30-year low of 509 points in mid-February to land at 540 points at the end of the month. But, bulk cargo shipping owners are hurting due to spot earnings covering only between one-third and one-half of their daily costs. The pain is felt even by those whose vessels are paid for, as they still need the capital to protect against negative cash flow. This depression may mean cheaper vessels, but a cash balance that remains at a deficit really has no redeeming features. Tankers are faring a bit better due a more balanced supply and demand ratio, but the improvement has resulted in unnecessary ordering, as well as switching orders from dry to wet cargo tanker vessels.

Approximately 15 years ago, China surpassed Japan as the leading influencer of the international shipping market. Previously, it was Japanese productivity, especially during the 1980s, which spurred growth in the bulk carrier and tanker industry, as Japan imported raw materials not available domestically to build a thriving manufacturing sector. These same container ships and tankers carried Japanese product to ports far and wide, thus cultivating a strong service and delivery-oriented shipping industry, along with a strong employment base. END_OF_DOCUMENT_TOKEN_TO_BE_REPLACED

Chairman and C.E.O. of Foremost Group, a leading shipping and trading enterprise, Angela Chao is an active businesswoman who serves on several boards and loves to volunteer. Angela comes from a loving and supportive family of Chinese descent. The Chao family dedicate themselves to serving and contributing to society.